Things That Divide Us 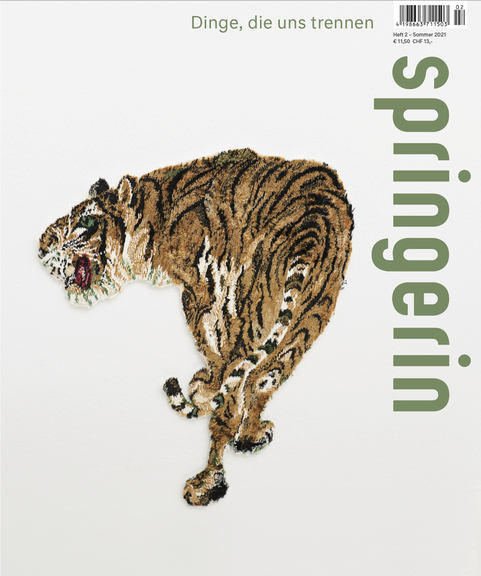 Sometimes things become proxies for essential assumptions about “the others” in the rhetoric of inclusion and exclusion. It is exactly this rhetoric which accompanies the current shifts and distortions of ecology and economies, an increasingly nationalistic identity politics, and technological upheavals that are the consequence of changes in our life-worlds which are threatening to tear European societies apart. The 2/2021 issue, produced in connection to "Things we suspect of each other" which is jointly realized by Badischer Kunstverein and tranzit.at, reflects on such objects that recount political and cultural projections and counter-projections in Europe: things that—depending on who interprets them, claims them as their own, or declaims them in modes that run counter to their purported meaning—bear different, often contradictory attributions of identity, are laden with multiple semantic charges and take on almost opposing meanings, despite being the same. Whether in the form of everyday objects or works of art, political symbols and cryptograms, gestures, melodies, plants or articles of clothing, we are confronted with “shapeshifters” that are never incorporated into merely one interpretative frame but instead constantly change their meanings. Yet what enables an object to represent a particular cultural nexus and what does its materiality betray? How and to what extent do discourse and classification of this materiality color our perception? Do these objects perhaps have the potential to act as antagonistic yet also mediating and reconciliatory tools in the dialogue between diverse social and cultural constellations in Europe? Through the prism of artistic and reflective case studies, this issue renders visible the problematic and conflict-laden position of such “things”, while at the same time exploring the transformative potential of a history that is sealed and embodied within objects. The alien, disturbing or uncanny, the unconscious, the contradictory space occupied by “things that divide us” thus become tangible; the intent is to destabilize truth and fiction in order to open up a space within which to negotiate new modes of coexistence.