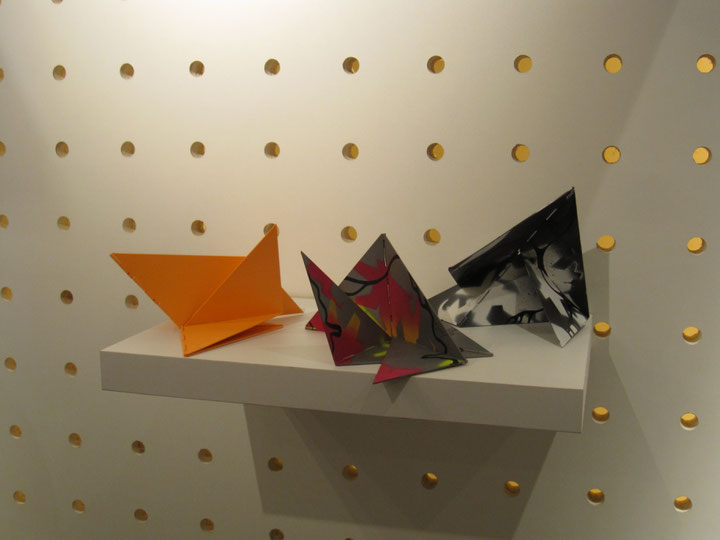 Barely any other South American artist has received as much international recognition as the Brazilian Lygia Clark (1920-1988). Clark’s work represented a true paradigmatic shift in artistic and critical engagement with the prevailing norms of her time and thus can easily stand comparison with that of Marcel Duchamp and Joseph Beuys. Since the late 1990s, Clark has loomed larger than ever before on the international art scene: in 1997 at the Documenta X in Kassel, and in 1998 with a large retrospective in Barcelona that later travelled on to Brussels, Porto and Marseilles and for which the Spanish curator Nuria Enguita published a fabulous catalogue, now, alas, out of print.1 In 2000, Sabine Breitwieser and Hemma Schmutz also presented the Austrian public with a comprehensive and contextualised insight into this artist’s work in the group exhibition »Vivências/Life Experience« at the Generali Foundation in Vienna.2

As a pioneer of the Brazilian avant-garde movements of the post-war era, Clark founded the Grupo de Arte Neoconcreto in 1959 together with Ferreira Gullar. Her »Bichos« (Creatures) and other manipulable, geometric metal objects (1960-1964) are considered key works for a generation that was trying to overcome the rigid relationship between subject and object that forms the incontrovertible basis of modern art and the project of abstraction. Under the name »New Objectivity« (1966), she worked together with artists such as Hélio Oiticica and Lygia Pape on enabling viewers to discover their aesthetic, sensory make-up as a collective or social process in participatory installations and in »situations that are to be experienced«.3 In so doing, she manifested a praxis that, parallel to the much-debated »dematerialisation« of the art work that was to so strongly mark the North American discourse at the time, predominantly aspires to analyse the affective constitution of the viewer subject, while at the same time dissolving the dominant object structures. Over time, she was to radicalise this approach, finally completely abandoning the production of objects or installations as called for by contemporary exhibition conventions. From 1976 she evolved a therapeutic method based on experience that she called »structuring of the Self«; she continued with this until her death, offering it in private individual sessions or couple therapy settings and being paid as a therapist.

On 29 April 2011, the Clark Art Center opened in Rio de Janeiro.4 The Center mainly combines two things. On the first floor there is the Lygia Clark archive: the Associação Cultural »O Mundo de Lygia Clark«.5 Here, alongside a small library, thousands of digitised documents, writings and drawings by the artists have been made available for research and can be accessed at the computer stations set up for that purpose. The internal organisation of the digital project is still in full swing, and the administration of the artist’s estate, organised by the Clark family, says it collaborates on it with a local university. Independent researchers still have to make appointments for a visit, but the entire digital archive is to be put on the internet in time for the comprehensive retrospective scheduled at the New York MoMA in 2013. The rights for the material are still held by the family. It still remains to be seen what benefits this announced plan will bring, for the technical availability of the digital material does not in itself change anything with regard to the rigid control and the high costs for borrowing and reprinting rights (for works, documentary photos, texts by the artist or even for just using her name). In the past years, these expenses have deterred less wealthy institutions from presenting Lygia Clark’s works or publishing anything about them.

On the ground floor, before one reaches the steps to the first-floor archive, there is the second important element of the Clark Center: the design shop run by the artist’s granddaughter, the designer Alessandra Clark. Here, visitors find various interior-decoration and fashion accessories that draw only loosely – or not at all - on works by Lygia Clark. (While a photographed female nude on one of Clark’s structures contains potential references, these are completely missing in a pointillist depiction of the Corcovado, the famous statue of Christ in Rio). Many of the objects exhibited are, however, deliberate reinterpretations of famous works by Clark that are accompanied by a »Lygia Clark« label, the artist’s signature reproduced in white letters on a small, black, latex tag. Fans and art lovers have the chance to buy small »Bicho« objects made of plastic, either with graffiti or in more restrained colour designs, or the famous »Caminhando« Moebius strip (1964) as a hat design, the »Trepante« objects (1964-1965) as bi-coloured miniatures reminiscent of key rings, or large, square umbrellas printed with the »Planos em superficie modulada« (1957-1958).

Anyone who has visited the merchandising departments in the souvenir and book shops in large museums before or after going to an exhibition will not really be surprised at such items. But what is slightly unexpected, admittedly, is the use of documentary photos from Lygia Clark’s later experimental collective performances, for example the »Baba Antropofágica«, as an office waste-bin design. The description of the plastic »Bichos« on the website, however, assures us: »Lygia Clark had the wish to see this phase of her works being sold in public markets with low cost so that everyone could have access to art.«

This actually sounds completely fitting for an art industry that has drawn excessively on post-war avant-garde movements in the past years to compensate for a social function of art that seems to have been lost. But local art critics have voiced scepticism about this new image campaign by the administrators of Clark’s estate. Writing this year about Art Basel, the Brazilian journalist Silas Martí aptly put it like this: »Lygia Clark has become a label. Her name is still twisted by the tongues of foreign collectors, but everyone seems to know who this Brazilian artist was.« At the Swiss trade fair in June, Lygia Clark’s »Abrigo Poético« (1964) went for 1.8 million euros – according to Martí, »the highest price ever paid for a work by a Brazilian artist.«6 That’s something people in Brazil are proud of, as well as the fact that Lygia Clark is to be honoured with a solo exhibition at the biennial in São Paulo in 2012 and then to be presented by the same curator, the Venezuelan Luiz Pérez-Oramas, in the large MoMA retrospective mentioned above.

However, Silas Martí is not lulled into a false sense of security by such a glib account of successes, responding to the superlatives by wittily entitling his article about them »Clark Quente«: »Quente« means »hot« in Portuguese, but sounds the same as the English name »Kent« – pronounced with a Brazilian accent. He thus parodies the national heroic saga (Superman/Clark Kent) while at the same time making it clear that Brazil’s cultural self-image, which seeks its legitimation in the Western market and its institutions, will have to put up with accusations of provincialism (Quente/Kent) and will not be able to escape the cultural framework of colonial subservience even if the economy is constantly growing.

Even if this barb really hits home, the somewhat unimaginative Anglicisation on the part of the administrators of Lygia Clark’s estate and the obvious commodification of her artistic legacy as a souvenir shop also fulfil a function: bourgeois art critics have seldom complained this much! Probably not since Hélio Oiticica, together with a troupe of coloured samba dancers, was turfed out of the MAM in Rio de Janeiro at the opening of his own exhibition, or Lygia Clark turned her back on the international art industry in disgust after her retrospective at the Venice Biennale in 1968. It will be all the more important to pay attention in future to those projects that attempt a different approach to Lygia Clark’s artistic legacy, away from commercial exploitation and nostalgic art criticism. Ricardo Basbaum’s installations and writings, for example, or Suely Rolnik with her video archive of interviews with Clark (»Da obra ao acontecimento«), which is to be issued by SESC São Paulo as a DVD box in September, can be seen as pointing the way to the future in this regard.