»With the power of thought« 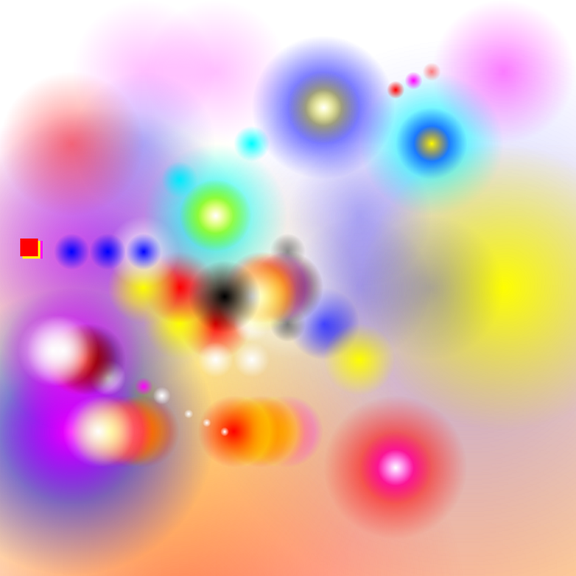 Overcoming the body's limitations through the power of thought and thus gaining direct access to a world beyond one's own physically restricted range: for some time now, this age-old wish has no longer been just the province of magical thinking connected with esoteric practices. In fact, for more than twenty years, neurological researchers have been working on removing the body's limits or creating bridges to bypass them.

Every since scientists from Philadelphia succeeded for the first time in controlling a robotic arm using cortical neuron signals in 1999, so-called »brain-computer interfaces« (BCIs) have found applications in an ever-growing number of fields going well beyond research laboratories. The focus is no longer solely on the therapeutic or prosthetic potential of these devices – for example, in rehabilitation and therapy for ALS (amyotrophic lateral sclerosis) patients and quadriplegics. One other major area of application, for example, is the field of commercial gadgets, such as in the games industry, whose development departments are heavily involved in research on brain-computer interfaces alongside their work on »augmented-reality« devices. Here, BCIs promise new, »more real« gaming experiences as compared with traditional methods of control.

But it is not only for commercial applications that mind-controlled interfaces are used. Artistic projects are also working with this technology. However, while medical researchers currently tend to develop so-called invasive interfaces, i.e. interfaces between the computer and the brain where electrodes can be implanted directly in the brain, commercial and artistic BCI applications concentrate on measurements taken on the skin of the scalp. They obtain their signals by means of traditional EEG procedures, which do not require an operation but provide less exact measurements to work with.

These devices have long rid themselves of the aesthetic quality they once possessed of »wired-up bathing caps«; instead, their forms draw on the ideas put forward in science-fiction films. For example, the »Epoc Headset« strongly recalls the »Squid« headset seen in the sci-fi thriller Strange Days of 1995. BCIs have become real products; they are no longer laboratory constructions. Neuro-headsets can be already obtained for a few hundred dollars and now require only limited technological know-how on the part of their users.

This creates scope for the artistic exploration of the possibilities offered by the BCI medium. For example, the Japanese musician Masaki Batoh doesn't just use the BCI he developed himself to compose his »brain pulse music«, but also sells it as an instrument. Batoh's BPM machine measures different brain waves with three sensors and transforms these into sounds, frequencies and compositions. His compositions, which recall early computer music, are also part of a meditative practice for the artist, one that enables users to take temporary leave of the materialistic world. The composition created by means of the BPM machine is not the actual work; rather, the process of using the BCI itself is a production that has an outer and an inner effect. As in other artistic projects employing BCIs, Batoh focuses on an aspect known in neurological research as »neuronal plasticity«. Using BCIs is something that needs to be learnt, and, like every kind of training, the repeated use and manipulation of BCIs change the neuronal structure of the brain areas that are activated.

This is true not only of meditation, which has been proven to influence brain waves, but in particular of more complex BCI applications that work with impulse deviations of neuronal activity. One of these is the BCI used in the »brain painting« of the artist Adi Hoesle. Here, it is not the alpha, gemma or theta waves of the brain that provide the signals necessary for controlling the BCIs, but an impulse deflection, the so-called P300. The P300 is a stimulus protruding from a series of equal stimuli that produces a wave-like deflection for 300 millseconds. In »brain painting«, this stimulus is used to mark selections. The artistic test person concentrates on a specific colour or shape from a given matrix. The artist's project pingo ergo sum, exhibited in 2012 in the Kunsthalle Rostock, presented the works thus created and their production process as part of a performance.

Whenever new technologies are used in art, it raises questions about the nature of art and its future - in the case of this artistic approach, the potential of neuronal interfaces. The text accompanying the exhibition even speculates on the head as the »studio of the third millennium«, no less. But, we must ask, wasn't the head always the studio of the artist, more than the physical space in which the traditional tools of artistic production were collected? Isn't always the selectivity of neuronal processes that establishes differences and formal distinctions?

From this perspective, neuronal interfaces seem rather to equip artists' studios with technologically advanced tools than to open up a new space. Selections made by artists and normally executed by their hand can be implemented here without the hand in the most direct sense, but the factual conditions of the neuronal processes – practice, concentration and, ultimately, the deliberate deployment of differences – remain the same.

The phrase »with the power of thought« is a promise, a remnant of magical thinking, that leads to a false trail. It is not the power of thought that influences the world here, or a cyborg with new and different possibilities. Instead, it is a guided apparatus whose input signals do not take the detour via the hand, but appear to bypass it using technological means. And despite the complexity of such technologies, this means, at the present time, making do for now with a lesser radius of selectivity. BCIs are tools that still offer very limited degrees of freedom. »The power of thought« only allows a very restricted creation of differences in reality. The omnipotence promised by magical thinking is not granted by this technology. But neuronal gadgets still do make a difference. They offer a realm of potential in which it is possible to influence objects in the world by a trained usage of technological devices that bypass the body. For many people, particularly patients with physical restrictions, this is of benefit. Whether the same goes for art is something that will have to be gauged by how artists deal with the limitations of the techonology.