From Para to Post: The Rise and Fall of Curatorial Reason 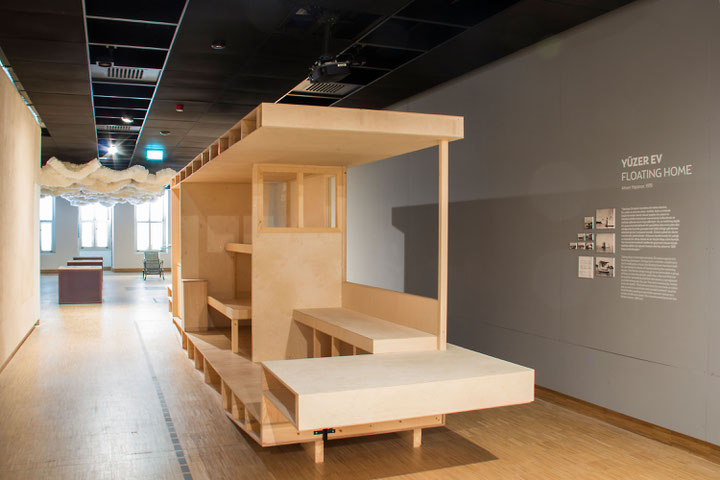 From Para to Post: The Rise and Fall of Curatorial Reason.

In the field of curatorial studies, issues around the future of the discipline, in terms of various ways of practicing, are, not surprisingly, quite central, and thus also the question of how we can talk about any post-curatorial turn. But it is so in two ways, or, if you will, caught up between two modes of production. Two modes that always shift between being complementary and conflictual: the idea of research in an academic sense, and the idea of practice in a professional sense. On the one hand, then, the curatorial is examined and executed as an academic form, and on the other, curating is seen as a practice within galleries, museums, biennales and other forms of exhibition-making. And more often than not, these streams are seen as separate, particularly in terms of research methods and aims: on the one hand, there is an apparent meta-level of curating, sometimes called the curatorial, with its aspects of theorizing, historicizing and politicizing the practice, and on the other the hands-on, realpolitik of exhibition-making, and its concerns with installation, funding and publicness.
However, I would argue, that we are currently witnessing a double movement of contraction and extraction, and it is precisely in response to this paradoxical situation that we find the post-curatorial turn. Which is to say, that practitioners of curating more often than not see themselves in opposition to studies, to a certain form of research culture, and thus distancing themselves from the curatorial, while, at the same time, a number of practitioners, and indeed arts organizations, try to see themselves as research based, as following certain trajectories, and even as being places for enacted research. However, it needs to be stated, that this is a false dichotomy. Rather, we are dealing with different concepts of the curatorial, and questions of what constitutes research and public engagement, as most public institutions today needs to be not only spectacular, and think of audiences and constituencies in quantitative ways, they also need to be research based, and educational, thinking of their audiences and constituencies in qualitative ways.
Initially, the term ‘the curatorial’ was merely an adjective, that related to matters and styles of curating (including curating in the expanded filed, such as formats that did away with the exhibition itself), but has, in the last decade curiously taken on the status of a noun, indicating a notion that not only relates to curating, but is also separate from it. In a sense, it is an expansion and abstraction of the practices of curating. In a recent anthology entitled The Curatorial, no less, but with a telling subtitle A Philosophy of Curating, Jean-Paul Martinon and Irit Rogoff, makes a case for the curatorial as separate from curating:

If ‘curating’ is a gamut of professional practices that had to do with setting up exhibitions and other modes of display, then ‘the curatorial’ operates at a very different level: it explores all that takes place on the stage set-up, both intentionally and unintentionally, by the curator and views it as an event of knowledge. So to drive home a distinction between ‘curating’ and ‘the curatorial’ means to emphasize a shift from the staging of the event to the actual event itself: its enactment, dramatization and performance.1

The use of the curatorial is here, then, an analytical tool and a philosophical proposition, and by indication, a separate form of knowledge production that may actually not involve the curating of exhibitions, but rather the process of producing knowledge and making curatorial constellations that can be drawn from the historical forms and practices of curating. The seeds of the post-curatorial can thus be found in the short history of the curatorial, as a continuation, and possibly, realization, of some of its basic tenets. But ‘post’ is not the only prefix that has been attached to the curatorial: The curator and curating theorist Paul O’Neill thus expanded on the debates around the curatorial, with his definition of the paracuratorial, and its relationship to the curatorial as a constellation of ideas and objects. The term constellation, drawn from the Frankfurt School, indicates the curatorial as a specific method of gathering and presenting knowledge; taken literally a constellation is, of course, not a complete picture, but rather a combination that allows one to draw a picture, and make proposals based upon this picture. It is world-making through a world view. The paracuratorial, on the other hand, is a set of adjacent and auxiliary procedures and practices around and outside the form of the exhibition as such. It indicates ways of setting ideas into other curatorial forms besides exhibition-making; be that screenings, talks, performances, discussions, publications and other discursive events. But rather than seeing this as a separate entity, as a kind of public programming that is tied to, and that temporally occurs after the curatorial processes leading to the exhibition, O’Neill asks us to consider these activities as curating in their own right, and not just as a supplement to the exhibition, but also as an alternative to it. Furthermore, he claims, such ideas are in direct opposition to a widespread conservative impulse within the field of curating:

[…] a regression to the artwork first model of curation: curating as selecting from an already-sanctioned art market; the disappearance of curatorial self-reflexivity; curatorial labor restricted to object-oriented exhibitions; curating reduced to working within institutions; establishing a canon or selecting from within a canon; curating associated with, or working within, a private collection or museum context as the only way forward.2

The paracuratorial is, then, a critical response to the marketization of contemporary art, and rejection of spectacle, bigness, and the artworld credo of ‘the show must go on’ regardless. It is, in this sense, both the anti-biennale and the anti- art fair. O’Neill instead lists a number of practices, individual as institutional, than promotes paracuratorial formats as primary rather than secondary, and as integrated rather than separated, in the form of research-led programming and curating. Today we can easily add more to O’Neill’s list, both in numerical and geo-political terms, but also in terms of scope, with such activities found in both artist-run and project spaces, on one end of the scale, and with big museums on the other. It will be beyond the scope of this text to list these initiatives in any comprehensive way, but it is important to remark how research-based notions of programming and working, are to be seen in many alternative spaces in the so-called centers of the artworld, and how, in particular, ways of working that are locally sedimented can be found across the global south, and what such projects share is exactly an ambivalent relationship to Western hegemony and its established protocols of working, exhibiting and producing knowledge and value, and knowledge as value. We could, paraphrasing Paul O’Neill call this ‘the postcuratorial paradox’, as well as, in other ways, describe this along the lines of Tara McDowell’s notion of a ‘post-occupational condition’, where not only curating and the paracuratorial is blurred, but also the roles, and division of labor implied, by such categories as artist and curator, thinker and programmer, director and assistant, master and student, and so on, are both willfully and intuitively obscured, if not even abandoned:

if there is a shift in contemporary art away from identifying with specific occupations such as artist, curator, educator, or art historian, then it matters, and we should interrogate this shift. Why is it occurring, what new worker has it created, and what reskilling does it ask of this labourer? How does this post-occupational condition reflect or problematise broader social and economic conditions of labour across an unevenly globalised art world?3

But we will need, we still need, to proceed with caution. Willfulness is not a ground upon which we tread. When willfulness becomes a ground, translating a wrong into a right or even into righteousness (to be righteous is to be morally upright), then arms can become rods, coming up only to straighten things out. After all, when arms come up, they disturb the ground. Can we learn not to eliminate the signs of disturbance? Disturbance can be creative, not as what we aim for, not as what grounds our action, but the effect of action: disturbance as what is created by the very effort of reaching, of reaching up, of reaching out, of reaching for something that is not present, something that appears only as a shimmer, a horizon of possibility.5