The Grid and the Gradient 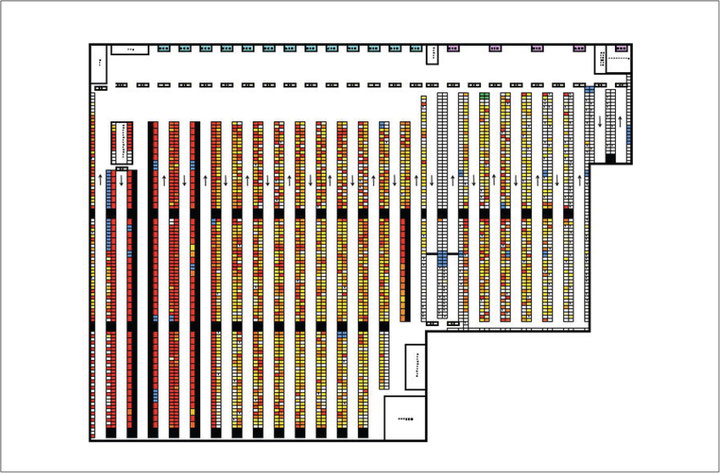 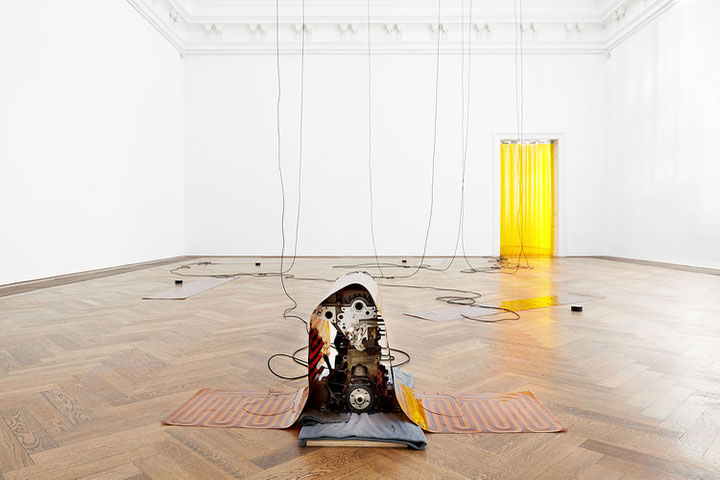 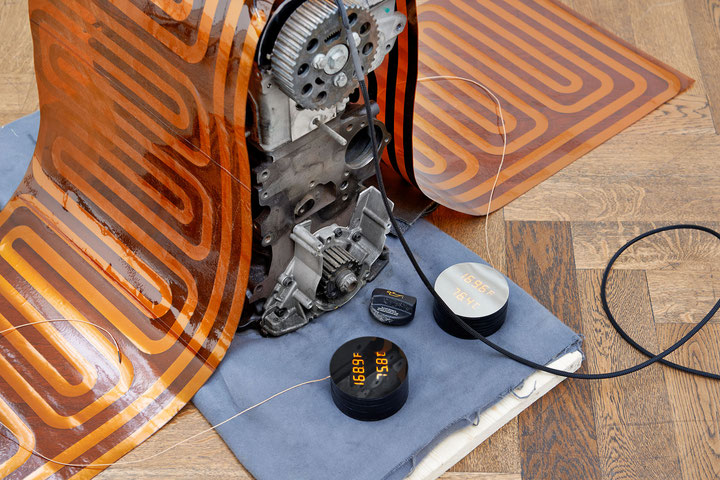 So I think it is obvious that I want to think of grids and gradients not simply as formal tropes to be analyzed. Rather I want to understand the mediation between the grid and the gradient as paradigmatic – or specifically as a mediatic – determination of the deployment and analysis of a worldview. In other words, the mediation between the grid and the gradient is a productive mediation. I think this means that taken together, grids emerging from gradients offer epistemic handles on processes that organize social production.
Within my own immediate context of operation: Artworks being shuttled from institution to institution, from gallery to biennale to fair, are as much subject to the accelerated speed of the systemic grid of relations as the ships’ course that carries their crates, the warehouse organization that stores it, and even the map/app on my phone, sending me stumbling through a new or vaguely recollected city plan. I want to ask if this recursion of categories back into the context that they control might constitute the potential to develop a critical methodological stance from them.
But where to locate the ground of this stance when it comes to the circulation of artworks?
The historical project of site specificity, developing throughout the 60s and 70s and for several generations after, I think can fairly be characterized as an irrevocable bid to abnegate the ideological illusion of autonomy from art’s social, economic, political, geographic formation. However, this path toward locating the real conditions of production and distribution seems to have become the fully accommodated project of institutional practice and commissioning, municipal agendas, positioning the globetrotting artist as a global content production machine. What ironically seems to have resulted from the fall-out of site specificity is a universal artistic position. What manifests is particularly sited research on – sometimes genuinely – revealing or pressing data about a site, to be fed back into that site before the artist is flown in to the next location to do the same. The conditions of circulation seem to have superseded those of the specificity of any site whatever.
Thinking about this – and certainly my own implication in it – has led me to an attempt to develop a concept of the work’s place out of this question about how to localize the artwork in an increasingly distributed and abstract culture of control. This has something to do with the term ‘weak locality’ replacing the concept of site. Localization pertains to where one begins the process of thinking or acting on a certain phenomenon. But the beginning commences on the back of a moving train.
The exhibition space is not treated by More Heat than Light as a site to which the work is integrally tied, but as a locale whose specificity is attenuated by its standards of operation: its attachment to a grid of protocols of symbolic exchange with other institutions and cities, as much as the physical electrical grid, which itself is ruled as infrastructure by coded standards of electrical operation and environmental control. The work localizes itself in a manner that is weak enough to circulate – to a non-profit institution in San Francisco, an Airbnb in New York or a Kunsthalle in Europe – but which neither treats that site’s infrastructure as a neutral support for autonomous objects imported from their production context, nor makes a claim to site specificity on the level of centralizing the work’s production and meaning on the level of its presence to the immediate conditions of the site.
Rather, I want infrastructure to be reflected, thickened and delimited by the intervention of the work itself – introducing other gradients of possibility that reorder those standards by converting energy consumption from a lighting to a heating apparatus. Energy is localized in its generation and expenditure, but it has no site to which it properly belongs.
Weak Local Lineaments is the title that I give to these works. It sort of parodies a certain scientific language, but I don’t think it gives technical or transparent access to the work’s conceptual content. It does function for me in a heuristic manner – but again I presume no transparency in its use. This is especially since it verges on the edge of sheer nonsense – of a reflected struggle with description as a condition of the work’s place in the world. Weak locals are as weakly autonomous as they are dependent on the location that they operate and which temporarily houses them. ‘Weakness’ is not a pejorative term here, but an affirmation of the processes of potential decoupling and reorientation that bind a broader presentation of experience beyond the scope of any particular site.
Ultimately the question I want to ask myself is: How does the work push against the presentational limit of the concepts that determine it? The methodology, if there is one, is this: to build a structure up while tearing it down at the same time.